Sick PSU HMT to be revamped; 2,900 workers to lose jobs 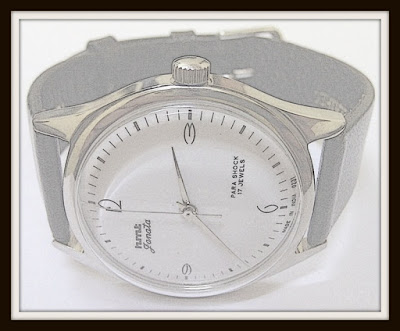 AILING PSU HMT is indeed facing a tough time. Many face uncertain future due to an imminent closure of some of its loss-making watch subsidiaries. Known once as "Timekeeper of the Nation", the PSU will lay off 2,900 of its staff, including 1,091 from its twin-watch units and a bearing factory to turn around its fortunes with 1,600 blue collar workforce, says an agency report.
"As we plan to retain about 1,600 employees in other two subsidiaries after closing...
the three subsidiaries, we will soon offer an attractive Voluntary Retirement Scheme (VRS) to 2,900 of the total 4,500 workforce," HMT group chairman S. Girish Kumar was quoted as telling a news agency. "Post-restructuring, we plan to have nine verticals, including machine tools, bio-medical equipment, tractors and watches in small quantity," Kumar said.
Earlier, the Centre decided in December to shut down the three loss-making HMT subsidiaries and merge the remaining two into a holding firm. A one-time voluntary retirement scheme, estimated at around Rs 25-55 lakh for each employee, is being worked out.
Though the government is talking about VRS for the last two years nothing concrete has yet taken place. Many employees even haven’t received their monthly salaries for the last 17 months.
The three subsidiaries -- HMT Watches in Bengaluru, HMT Chinar Watches at Ranibagh in Uttarakhand and HMT Bearings at Hyderabad in Telangana – have 1,091 employees, who have not been paid salaries over the last 17 months or since April 2014.
The watch subsidiary, with 1,004 employees, has two factories in Bengaluru, one at Tumkur, and another at Ranibagh. The Chinar unit, with 31 employees, has a defunct factory at Srinagar in Kashmir and an assembly unit at Jammu, while the Bearing arm has 56 employees.
During the last four years, 835 employees left the PSU, availing of the liberal VRS package, based on the 2007 revised wages, as against the 1992 pay-scale, on which salaries have been paid over the last two decades.
Though some employees have availed the offer, many desire not to leave their jobs.
The other two subsidiaries -- HMT Machine Tools and HMT International -- will be restructured to support the government's "Make in India" flagship programme by rolling out more products and generating more employment.
The machine tools subsidiary, which also makes tractors, has five factories in Bengaluru, two each at Kalamassery in Kerala and Hyderabad, and one each at Ajmer in Rajasthan, at Pinjore in Haryana and at Mohali in Punjab.
The only profit-making HMT International arm was set up here in 1974 to export manufactured goods and offer consultancy in engineering and technical services from concept to commissioning on a turnkey basis.
As a result, the watch subsidiary, which was churning out a whopping two million quartz and analog watches yearly till the 1990s, had an accumulated loss of Rs 2,252-crore and total liability of Rs 2,308 crore till fiscal 2012-14.
"HMT did not upgrade its technology. It is still using the same 1965 technology to make watches," said Chandrasekhar, who worked for 37 years with HMT International and is also the general secretary of the National Confederation of HMT Employees Union.
HMT has an inventory of 80,000 watches in its warehouses at Jalahalli in Bengaluru. The company also receives institutional orders for watches in the range of 1,000-2,000 watches sometimes. Mysore University ordered nearly 1,200 watches recently.
The holding company (HMT Ltd) and its international arm, however, reported a profit of Rs 87 crore and Rs 4.5 crore, while four other arms posted a combined loss of Rs 352 crore in fiscal 2013-14.
As the company has a whopping 1,400 acres of prime lands in states where it has plants, it is approaching the ministry to clear all long-term liabilities by monetising the surplus ones and return those it leased from state governments.
"The government considers HMT as a strategic sector in view of its ambitious 'Make in India' initiative to attract global investments into the country, increase the manufacturing sector's contribution to the GDP (gross domestic product) and generate thousands of jobs," Kumar pointed out.
Posted by PSU revival at 10:10 AM