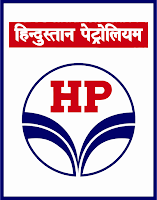 THE boards of Mangalore Refineries and Petrochemicals (MRPL) and Hindustan Petroleum Corporation (HPCL) are set to take up the proposal for merger of the two companies by August. After the acquisition of majority stake in the HPCL by Oil and Natural Gas Corporation (ONGC), it was expected that ONGC may look at further synergy in business by merging the two subsidiaries.
“The boards of these companies are set to take up the merger...
proposal with in two months,” said a top ONGC official. To complete the deal, the HPCL has three options before it. It can either buyout ONGC’s shares or go for a share-swap deal and can go for a combination of both these options. The Mangalore refiner is yet to meet the Sebi norm of minimum 25 per cent public shareholding by August 21.
Once acquired HPCL will become India’s second-largest oil refiner. There have been talks about th emerger after ONGC, the country’s biggest oil and gas explorer, completes the acquisition of HPCL in an all-cash deal.
MRPL is a subsidiary of Oil and Natural Gas Corporation (ONGC). At present, ONGC owns 71.63 per cent stake in MRPL, while HPCL has 16.96 per cent.
Once ONGC acquires 51.11 per cent stake in...
HPCL, India’s third-largest refiner, for about Rs. 35,000 crore, it will have two refinery subsidiaries — HPCL and MRPL.
“It does not make economic sense to have two separate subsidiaries for the same business. And so the logical move would be to integrate MRPL with HPCL,” an official said.
The government is selling its entire 51.11 per cent holding in HPCL to ONGC for all-cash. HPCL will become a subsidiary of ONGC after the deal and retain independent board.
“HPCL can acquire MRPL either by buying out ONGC’s shares, which at today’s trading price is worth close to Rs. 16,800 crore. The other option is share-swap, wherein ONGC will get more shares in HPCL in lieu of it giving up its control in MRPL,” the official said.
Share-swap, he said, is most likely option for the merger. “An exercise to arrive at valuations etc will begin shortly,” he said.
Another official said it makes business sense for ONGC to bring all its refinery business under one umbrella. He said the board of ONGC and HPCL is yet to consider the proposal.
HPCL will add 23.8 million tonnes of annual oil refining capacity to ONGC’s portfolio. This together with 15 million tonnes refinery of MRPL will create India’s second-biggest state-owned oil refiner after Indian Oil Corp (IOC).
MRPL will be the third refinery of HPCL, which already has units at Mumbai and Visakhapatnam.
The government’s 51.11 per cent stake sale in HPCL to ONGC will enable it achieve the disinvestment target for the current fiscal. The transaction will allow the government to monetise its HPCL ownership without losing ultimate control of the company.
HPCL is a Navratna PSU and a Forbes 2000 and Global Fortune 500 company. HPCL owns and operates two major refineries producing a wide variety of petroleum fuels and specialties, one in Mumbai (West Coast) of 7.5 Million Metric Tonnes Per Annum (MMTPA) capacity and the other in Visakhapatnam, (East Coast) with a capacity of 8.3 MMTPA. HPCL also owns and operates the largest Lube Refinery in the country producing Lube Base Oils of international standards, with a capacity of 428 TMT. This lube refinery accounts for over 40 percent of the India's total lube-besed oil production. HPCL has the second largest share of product pipelines in India with a pipeline network of more than 3370 kms for transportation of petroleum products and a vast marketing network consisting of 13 zonal offices in major cities and 106 regional offices.
Posted by PSU revival at 10:00 AM