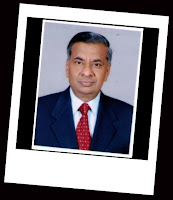 Mukesh Kumar Goel on Saturday assumed the charge of chairman and managing director of Power Finance Corporation (PFC). Though incumbent Satnam Singh’s term got over on July 31, it took a while in the decision of appointing Goel, as PM-headed Appointments Committee of the Cabinet (ACC) was considering a proposal to extend the tenure of Singh who had been heading PFC since August 1, 2008. But…
the ACC rejected the proposal of his extension, prompting the power company’s director (commercial) Goel’s elevation to the top job. Here are five things you may like to know about MK Goel.
1. Goel is a veteran in power sector with about 33 years of experience. Prior to joining PFC in November 1988, he worked for NHPC, another front-line public sector power company.
2. In addition to heading PFC now, Goel will continue to hold his present portfolio of director (commercial) in the Corporation. He also oversaw PFC’s human resources functioning, information technology and legal activities.
3. Goel is credited with playing a vital role in the implementation of flagship programmes of the ministry of power such as Restructured Accelerated Power Development and Reform Programme (R-APDRP), Ultra Mega Power Projects (UMPPs) during his recent tenure in PFC. Also, he induced reforms in state power utilities.
4. He is an electrical engineer from Kanpur University.
5. “Shri Goel stands ready to lead PFC into the next phase of its growth story,” says the official statement issued by the Corporation. In fact, PFC was consistently rated “Excellent” by Government of India, based on MoU performance since 1993-94 except in the 2004-05.
It remains to be seen whether Goel could bring in new innovations to take PFC to the next level.
Posted by IPS at 8:32 AM